Gawd, I love shirtwaist dresses. I own two – one is a cute black and white polka dot one from glassons that is SO SHORT I basically have to wear it as a top, and a vintage blue floral with a strange/cool collar detail which is slighly too small.

But this dress is really rad, I love it.

I’ve been, basically, scared of making a shirtwaist dress for a while – the buttons, the collar, the interfacing etc.. so daunting. Also, I never had a pattern for one. When I saw Gertie’s red rose dress, I fell in love – the liberty fabric is perfect (I would freaking love this shirtwaist dress in the rose pattern, but it would cost >$100), it’s nicely shaped, the shirring in the back promised to make it remarkably comfortable, and it has a nicely full skirt, just how I like it.

And yet, it’s taken me over a year to make it. I first got it out from the library last year whilst still in Christchurch, and had no idea how you were supposed to trace the patterns. I bought the book after coming up here and it’s still taken me this long to do it – not sure if it’s the amount of fabric need (which actually isn’t that much) or just beeing woosy – I think it’s the latter.

But this week I decided to just flipping do it – and lord, it was worth it. It was actually really easy to put together – well drafted

I didn’t make a muslin and only needed a couple of changes. Firstly, the shoulders are craaazy long.

On my right is the original shoulder, on my left is where I’ve taken 1 1/2″ off (anyone else use metric for everything else, but imperial for sewing?). I do have narrow shoulders but I’ve never had this much excess before. I also had to take some width from the back yoke, to match. Everything else was a straight size 12.

The hem is done with my Janome narrow hem foot. I am getting the hang of this and over half is a properly enclosed narrow hem! With the rest of it having straggly bits poking their head out.

Other fitting issues – I do admit the darts are much higher than I should have them, for my low bust. I did do all 6 rows of shirring but wish I had started lower to correspond to hit my lower back. I think there’s a touch too much fabric in the back for me, so the gathering/shirring produced some outpouching when I stand with correct posture. I also put the buttons on a bit wrong – there should be a button directly in line with my bust point, which I forgot to do – hence the bit of gaping. But otherwise I am really happy, the length is perfect.

Our friend Mathieu took these photos for me in our back yard. I’m certain he took twice as many photos (including one of the shirring) but only emailed me four. I have bought my battery charger, just waiting for it to arrive – so I’ll no longer rely on others taking photos of/for me.

And why palomino? Because of the buttons! 8 black metal horsebuttons adorn the front of this dress. It’s also in homage to my favourite Wellington coffee shop. Palomino on Cuba St, which I almost never get to go to seeing as it’s only open during weekday working hours.

This dress is a great one for bridging between casual and dressy. I can wear it to work (casual), and last night dressed it up with a set of pearls and my hair did – I got given a drink for having such an awesome dress, and someone even thought it was “real” vintage. I’m glad I’m at the stage where people compliment me on my clothing without it being obvious that they’re handmade – people are surprised when I tell them I made it, and I even mentioned this dress was “handmade” and I believe they still thought I mean handmade 40 years ago.

Can you tell how much I LOVE this dress? 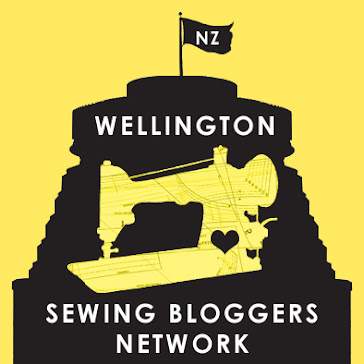